How Much Mobile App Development Costs in 2022? 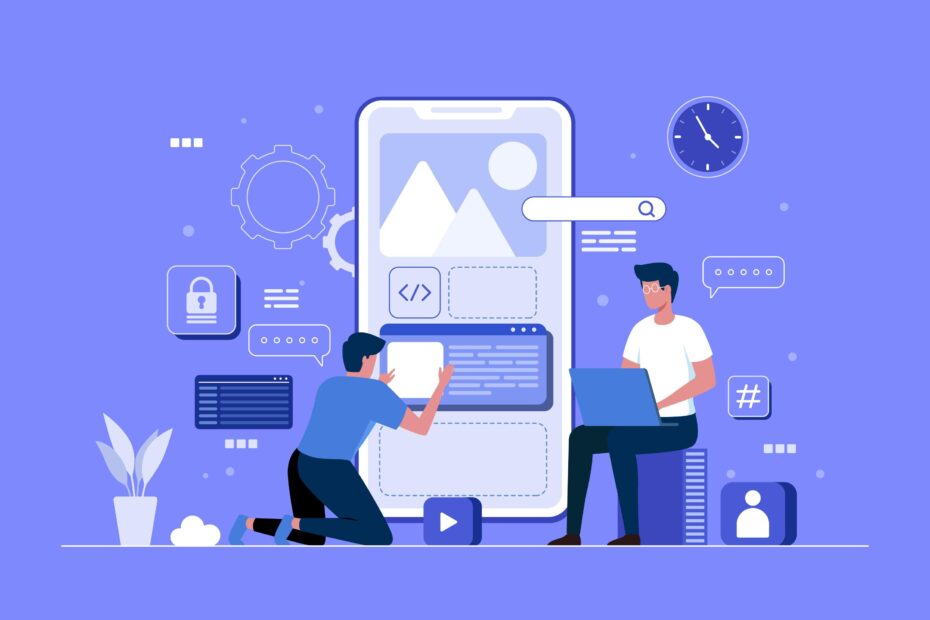 Mobile app development and its boom in recent times

Mobile apps seem to have transmogrified the way we conduct our daily activities, be it communication, shop, get entertained and in various other domains. They have become a very important part of our lives. The growth of the smartphone industry brings with it unprecedented rise in the mobile app development industry. Apps and smartphones are inseparable and this factor has turned this industry into something with huge potential in the future. As prices of smartphones and other digital electronics decline, these are reaching small towns and villages, which ensures even more spread of the huge numbers of apps being created.

Factors on which cost of app development depends

Depending on the user base, the company and its developers decide the features their app possesses to ease the work of the user. This is the factor that takes up a major chunk of the cost. The more the complexity with respect to the features of the app, the more will be the cost.

Apart from these basic features, more advanced features like geolocation, video-conferencing, calling etc also have become commonplace needs as technology advances, and these features further add to the cost. Average price of a feature like the payment system is around $4500-$5000 while that of calling crosses $10000. With more innovations like AR and VR, Blockchain etc. coming up, adding more advanced and complex features would add a lot to the cost.

Prices also depend on which platforms you choose to make the app for. This choice depends on the user base and how wide the developers want to spread the user base to.

A cross platform app, that is, the one which is adapted to both android and iOS will reduce cost on various levels but might not deliver the desired efficiency. If you choose to build a native app, another choice pops up, whether to choose android or iOS? In iOS development, you need to give more time to developing the app which might be a down side but the large audience might convince you to work on it though it is difficult to tackle the strict restrictions of the App Store.

It is not recommended to use the hybrid approach if you want the device’s hardware to remain accessible. Efficient hybrid app development frameworks like React Native and Flutter help to build hybrid apps in a bounded budget while ensuring quality of the app. Though native approach takes more time, it is more preferable.

Backend development is a very crucial part of app development, it helps to analyse users’ data and give more complex statistics regarding how users are using the app. This is one of the expenditure demanding processes as storing and processing data requires permanent investment. Backend development, at the moment, is being used in various features like geolocation, data encryption, streaming of audio and video etc. The cost it requires depends on the kind of user data that is needed to be processed.

The more people are involved in the development process, more will be its cost. Usually the app development team consists of a business analyst, developers, project manager, solution analyst, UI/UX designer and QA engineer. There might be more members on the team depending on the specification of the app.

One of the important factors that determines how expensive app development can be is the geographical factors. In-house development generally costs a lot more than outsourcing the work which is why many organisations in various countries are looking to handover their projects to offshore companies.

Development costs differ by quite a margin in different countries. Hourly rates of app development in some of the major countries are

Small scale start-ups and companies based in the countries where development is expensive have started to find cheaper sources of development in South America, Eastern Europe and Asia. These hourly rates also depend on the tech stack being used, how complex features have to be added to the app, and how qualified the team that is hired is.

In-house development is generally more expensive than outsourcing and that is why various small scale and even some large-scale organisations that are in need of app development have shifted to outsourcing.

Due to the diverted time and resources within a company, outsourcing mobile app development lowers the cost of the project. Working with a company that specializes in app development costs less than hiring new staff, and ensures efficiency of the product. You can expect expert-quality work, an innate ability to foresee the problems that the app might face which will prevent several problems.

Cost of app development by type

There are a lot of different types of apps according to user needs. The cost of development of the app also depends on this factor, as a basic app like a calculator would not require much expenditure while a complex app with various features, top notch UI will cost quite a lot.

One of the most crucial stages of mobile app development begins even when the app has not even started to get built. This stage is called the pre-research or the discovery stage. Someone who is building an app has to know about the needs of the user base which requires spending time in market research and having a look on how the competitors are doing too.

Factors that can be thought of during this phase are

In this stage, after you are through with market research and figuring out various other factors that might define how your final product, which is the app you build fares in the market, you arrive at the app prototyping stage. This stage involves exhibiting the app design and reducing the cost of reworking on the app.

This stage can cost $4000 which is around the minimum amount, while it can go up to around $15000 too. A wire-framing is created, explaining how users will interact with the app.

Wire-framing is the layout of an app which includes mapping out user flow, sketching, and further details which are obtained later from feedback. Building an easy-to-use user-friendly interface is also part of this phase which adds up to the cost.

After the above two stages, the app developers finally begin the development of the app, which incudes adding a multitude of features. To make sure that user experience is as good as possible and keeping in mind the ease of development, a tech stack is chosen for developing the app.

Another very crucial step for overall smooth functioning of the app and also getting a loyal user base is ensuring that the app security is properly in place. In recent times there have been various data breaches leaking personal information of the users which make it the responsibility of developers to make the app secure enough so that the users don’t feel uncomfortable in providing the personal data. The cost of this stage can range from around $70 to $320.

This is the stage in which the developers make sure everything related to the app is working fine, ranging from eliminating bugs and technical issues, to in general app performance and user experience.

6. Launching the App and its maintenance

The work of the developers does not stop after the app gets launched, they have to keep themselves updated with newer versions of iOS and android and make sure that there are no bugs in the app while a huge user base is using the app. The yearly app maintenance cost is estimated to be around 20% of the app development cost.

Tiktok, one of the most popular social media apps for video sharing, which has made a habit of staying among the top downloaded apps lists in recent years, is one of the examples of apps with a huge user base. Such an app can cost around $70,000 to $80,000. The features of this app include

Uber is mainly a taxi service company which has a huge user base worldwide. Developing an app like Uber can cost around $50,000 to $60,000. Its features include

IKEA is an app developed with the help of Augmented Reality (AR). Their catalogs contain photos of furniture which are mostly in the form of 3D models. The cost of such an app can be around $50,000 to $55,000. Its features include